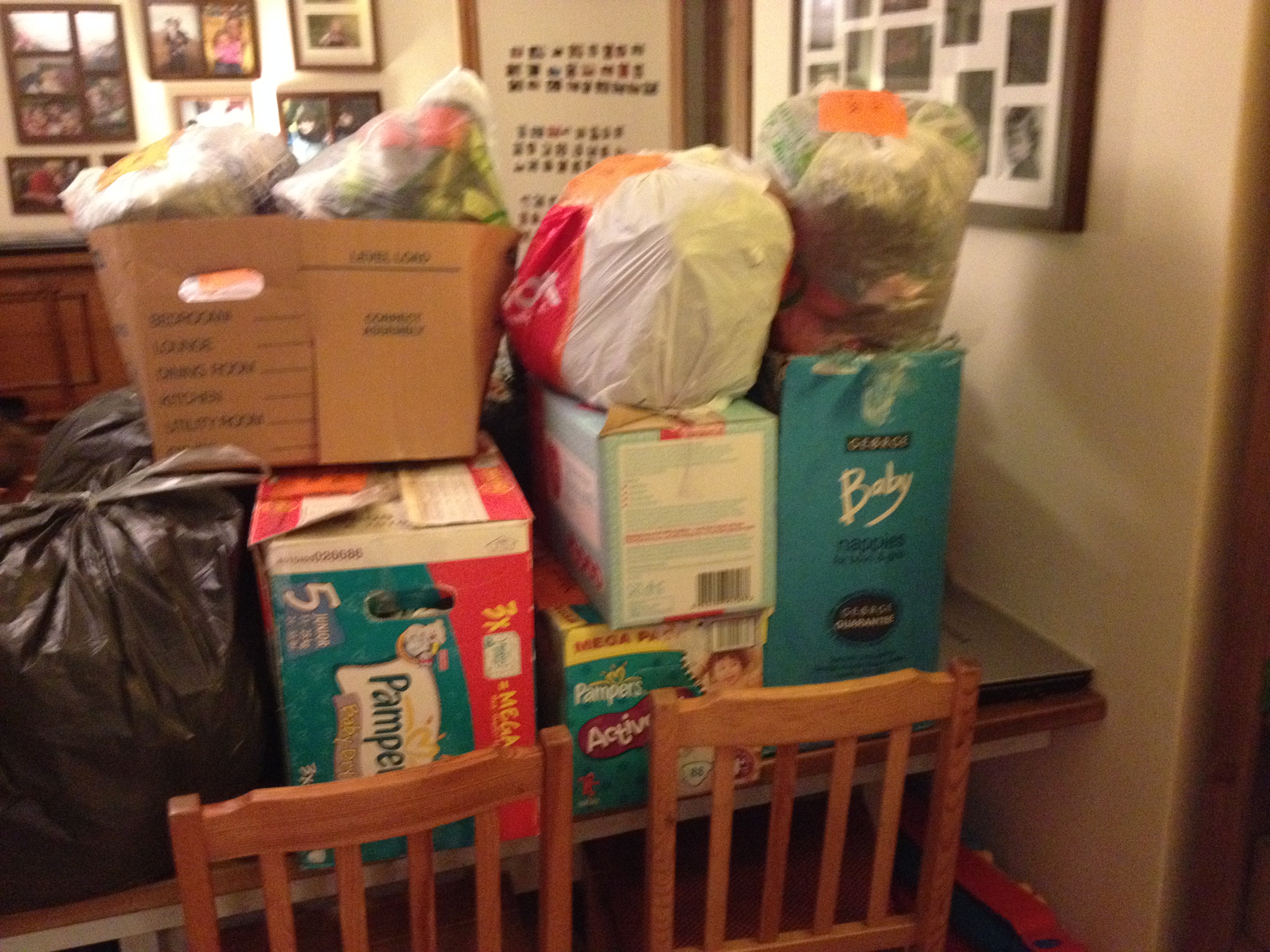 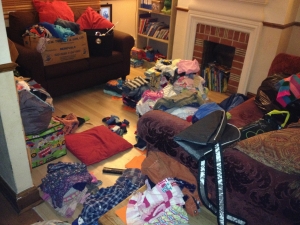 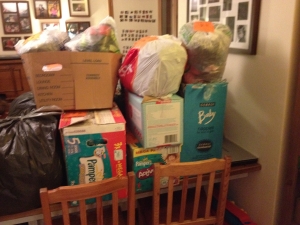 Like many parents of small children, we have accumulated rather a lot of ‘stuff’ over the last 7 years, most of which we have moved from country to country and house to house, loft to loft. In 2012 I decided that it was time to have a big clear out and, at the same time, raise some money for research. This idea for a fairly small clothes and toys sale grew and grew, as my plea for people to donate their own second hand items got an almighty local response! For six months sacks just kept appearing at our door and eventually our loft was so full we had to ask a friend if we could borrow their garage for storage too!

We held the sale in November and the task of unpacking all the clothes, hanging them on rails and displaying them ready for sale, was immense. I can’t thank the lovely team of friends who spent two solid days helping me prepare, enough.

The end result was fantastic, and on the day we raised £1700, which was then doubled in the Big Give event. However, we had so much left at the end of the sale that we put it all back into the garage (thank you lovely friend!) and have since gradually taken out the clothes to sort through and take to Cash 4 Clothes shops, so continuing to raise funds. Another toy sale using the remaining toys is on the cards for later this year 🙂